According to the Department of Transportation, 42 percent of all motorcycle-vs-car accidents are caused by drivers making unprotected left turns at intersections or turning left while a motorcycle is attempting to pass. 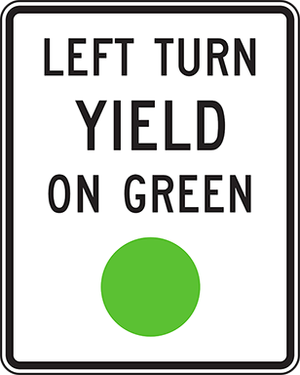 It's tragic that so many motorcycle riders have suffered catastrophic injuries or died due to inattentive and/or negligent drivers. Motorcycles have every right to use the same roads as other motorists. However, because motorcycles are much smaller and have less protection against collisions, we all have an obligation to take extra care (e.g., look twice) when driving—especially when making a left turn.

Remember that even if a motorist who is at-fault for causing an accident is not charged with a crime, the motorist can still be held civilly liable for their actions through a personal injury and/or wrongful death claim.

Sadly, because the general public oftentimes perceives motorcycle riders as "risk takers," insurance companies will typically try to put at least some of the blame on the rider. Even if the accident report states that the motorcyclist was not at-fault, insurance companies and their attorneys may determine that the biker was likely "driving at a high rate of speed" in order to reduce their own liability. Because of these issues, it is always smart to consult with an attorney before making any legal decisions regarding your potential claim.

As mentioned above, 42 percent of all motorcycle accidents involving other vehicles are the result of drivers making left turns across opposing lanes of traffic. The majority of these collisions occur at intersections when a passenger vehicle attempts to turn left at an unprotected green light. According to Texas Transportation Code §545.101, to make a left turn at an intersection, a motorist shall:

Any argument that the driver didn't see the motorcycle is moot because one of the cardinal rules of the road is to never cross opposite lanes of traffic unless you are absolutely certain that it is safe to do so. If a driver causes an accident by failing to yield, then they obviously didn't take the necessary precautions to ensure it was safe. This is the epitome of negligence.

Dealing with the Insurance Company

Dealing with the insurance company by yourself can be quite overwhelming. It is important to understand that insurance companies are not on your side. Their job is to save their company money by lowering the value of your claim by any means necessary. Insurance companies are known to deny valid accident claims and offer low-ball settlements simply as a litmus test. They want to tamp down your expectations and bully you into accepting a small settlement. What they don't want you to do is hire an attorney.

Never sign anything from the insurance company without having it reviewed by an attorney. In fact, it's best to speak to an attorney before you even give a statement to the insurance company. By hiring a personal injury lawyer to handle your claim, you can focus on healing from your injuries while your attorney focuses on getting you the money you deserve.

Best of all, your actions following a serious accident can have a long-lasting effect on public safety in your community. To give you an example, take this story out of Fort Worth, Texas. A man and his wife were traveling through an intersection when their motorcycle was struck by a vehicle making an unprotected left turn. While the man was tragically killed, his wife filed a lawsuit against the city after it was discovered that this particular intersection was prone to accidents, After residents were given the opportunity to voice their concerns to city officials, the passive flashing yellow turn signal was quickly replaced with a protective solid green arrow!

Montgomery Law is a Dallas personal injury law firm that represents injured clients and the families of those wrongfully killed. We genuinely care about our clients, and take pride in getting them the compensation they truly deserve. Contact the motorcycle accident lawyers at Montgomery Law today for a free consultation.

Find lawyers in the USA with LawyerDirectory.legal USA, a local, independent, niche, human edited, directory of attorneys in the USA.

Search for lawyers by name, location or practice area to find an attorney near you.